We tend to forget that our pets are animals and not people. My friend Colleen did a documentary movie called Psycho Kitties, which is about her cats and their behavioral problems. Most of which stem from the inability to communicate between animals and people. Cats don’t speak English and aren’t about to learn. So we need to learn to understand what they are saying, from their cues, in mannerism, behavior and vocally. 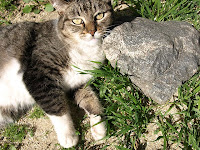 I grew up on a cattle farm. Over the course of my childhood we had pigs, chickens, horses, and cattle. Plus several cats and dogs, many of whom led a somewhat precarious existence (farms can be quite dangerous to smaller animals and children). 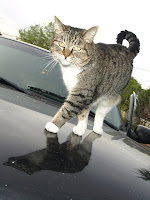 Animals are not people. When a kid falls down and hurts his knee he comes crying to mom for sympathy. Animals, when they are hurt, run away and hide. Have you ever had a cat who was sick? They don’t come and cuddle with you. They hide under the bed until you wonder where they are and you eventually track them down and take them to the vet. They don’t want to go to the vet. They want to hide under the bed. 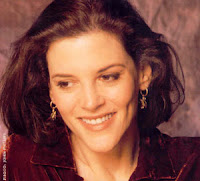 Marianne said the other night that she was very upset that she had left her house for a couple hours and her cat had died while she was gone. She was feeling remorse that she hadn’t been there with him when he passed.

I have two thoughts on this.

One. Doesn’t Marianne, the course in miracles, and perhaps every modern spiritual program, teach us that we are always in the right place at the right time? How could Marianne, who is one of the most prominent spiritual leaders of our generation, not have felt, if the universe had wanted her to be with her cat when he died, that god would not have whispered in her ear, “stay home for another hour. Trust me” 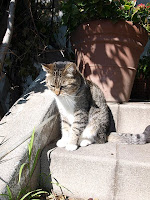 Secondly. Perhaps Marianne’s cat was waiting, hanging on, lingering, perhaps too sick to crawl and hide in the bottom of the closet or under the bed to pass away. Perhaps he was waiting for a quiet moment alone, to pass to the next plane.

I’m just saying, this being my blog and therefore purely my opinion, and with love and respect, that Marianne is being too hard on herself. With public remorse, she compared the last moments of her cat’s life to the last moments of her mother’s life. This is not fair. Perhaps her mother would not have wanted to crawl into the back of the closet to die alone. Although who’s to know?

My friend Dallas, who teaches Science of Mind, said the other day that when he dies, he doesn’t want to be listed in the obituaries. He wants it in the announcements, with joy and pride. ‘Dallas is thrilled to have passed into the next dimension, thus beginning his journey in the next plane of action.’ 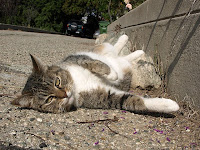 Of course Marianne will miss her beloved cat (not pictured), as I will miss mine (pictured) when Sebastian passes on (or disappears, as my last one did), and we can join in her grief over the loss and lend our support. It’s a sad but natural part of life that our pets will die; they have a much shorter lifespan than we do. That doesn’t mean it isn’t emotional, or sorrowful, or that you won’t miss them. But it’s a natural part of life. And I think that if Marianne was supposed to be holding her cat's head when he took his last breath, she would have been.