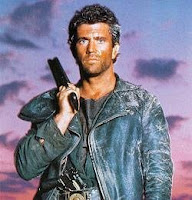 "Mel Gibson still has his fans, but after a long and controversial absence from the big screen, his overall appeal seems to have faded. The thriller, 'Edge of Darkness', which marked Mel Gibson’s first lead role since 2002’s 'Signs', opened to a fine but not fantastic $17.1 million."

I have been a Mel Gibson fan since I first saw ‘Road Warrior’ while attending film school in 1982. I have seen all his movies since; bought them all on VHS, then again on laserdisc, then again on DVD. Some I love: 'Signs' is one of my all-time favorite movies, a film that is so flavored and nuanced I never tire of watching it.

'Conspiracy Theory' (with Julia Roberts) is consistently cited (by me) as one of the most under-rated performances of his career; he is simply outstanding. ‘What Women Want’ (with Helen Hunt) is a clever romantic comedy that I have watched several times over. Gibson is remarkably funny and consistently charming.

Others I don’t care for (I have never been able to make it all the way through 'Braveheart') but I have seen them all, including the ones that he directed but did not appear in. While I did not particularly enjoy the violence in the 'Passion of Christ', I could not help but admire the film on several artistic levels. 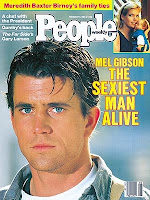 Through the recent public events surrounding his personal life, it seems unlikely that we would be friends (I am in more than one of those groups that he has voiced objections to), but who knows. We've never been in the same room and had a conversation. Although that is a little disappointing, ultimately it doesn’t affect my enjoyment of his movies.

In 1985 I had the cover for People Magazine’s 'Sexiest Man Alive' (he was the original) framed and hanging on my wall through several moves and several cities over nearly twenty years (it eventually suffered a fatal accident and had to be thrown out, otherwise I would still have it.)

To me, Mel Gibson has not lost his appeal and I would go see any movie with him in it. And buy the DVD when it comes out. Even when he is merely voicing an animated character (ie ''Chicken Run', which would be a hilarious movie with or without voice over Gibson's contributions).

Having seen the trailers for 'Edge of Darkness', I was not the least bit interested in the scenario. I had suffered through 'Taken' starring Liam Neesan (I know it was a big hit, but to me it was unbearably mean) and 'Law Abiding Citizen' starring Gerard Butler (the less said about that the better, in my opinion, except for the cool plot twist and one memorable scene near the end) and was in no mood for a knock off violent revenge movie. But I paid my $12 (plus $14 for snacks at the concession) and hit the theatre on opening night.

Truthfully, I did not enjoy the movie and could not wait for it to be over. To be fair, it was not as emotionally painful as I had imagined, but I must say the movie did nothing to enrich the fabric of my life. A point worth mentioning is that I went by myself; none of my friends would go see this movie with me. Neither because nor despite the presence of Mel Gibson, per se, but because of the violent and vengeful nature of the film itself.

I realize predicting movies box office takes is a cultural event in Los Angeles, but even I didn’t think it would overtake Avatar last weekend at the box office. But I disagree that Mel Gibson’s acting career is over. Clint Eastwood is still going, and he’s in his 70’s.