It’s quite possible he deserved the, uhh, position (I have no idea if he won or not), perhaps it is my polite Canadian upbringing but I believe in the power of attraction rather than pummeling someone over the head with narcissitic self promotion.

Which helps to explain why I have been in LA for twenty years and why I am still not famous and my blog readership numbers in the low hundreds as opposed to the virtual thousands (or millions out there, if you happen to be Ashton Kutcher).


I’ve been unfriended a couple times. Probably more than a few times, but I don’t keep track, and as far as I know, there’s no way to keep track of how many friends you had yesterday as opposed to how many you have today, and who is missing. I have about 500 friends, and of those, I’ve never met about 480 of them. So they can come and go and I probably would never notice.

I noticed when my wife (now ex-wife) unfriended me. It didn’t come as a surprise, really.

I have another friend, more of a professional friend as opposed to a 'lets go to the movies' friend, who I’ve known for a few years. She is a psychic and I have visited her several times. I’ve always thought we got along really well and her advice, for the most part, was shockingly and consistently spot on. I even referred several friends (including my Mom) and they all raved about how wonderful and accurate she is. 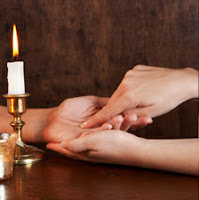 Now, I suppose, like any professional, she likes what she does and she’s good at what she does. And part of being in a nurturing profession is to make people feel like they are being nurtured. I have several clients who, at least I hope, no, I know they feel loved and supported. Usually because, well, I am a nice guy first of all. But before I meet anyone, especially before I go into their house, I do a prayer and meditation, to be present, to be safe, to be nurturing, to see this person as the beautiful innocent child of god that they were created as, and thus remain, Despite any apparent evidence that seems to contradict this.

I’ve had clients who have become overly familiar, or reliant on me, or wanting more. More than I am willing to give. Sometimes I wish I were a better actor, sometimes I think I am too good of an actor.

As Marianne Williamson said last night, every person in front of you is a lesson for you (and for them). Although sometimes the lesson is to know that you need to leave.

So this psychic I’ve seen several times. Our sessions are always lengthy and emotionally intimate. Not that I necessarily wanted to go out dancing with her, (although I’m sure she would be fun), but with all the information we shared I suppose it made me feel closer to her than I truly am.

I suppose when I am massaging and touching someone over their entire body, that’s pretty intimate. I suppose it’s only natural to feel something.


Now, I’m always a little anxious with psychics. I am always trying to develop my own spiritual abilities, and am anxious of people that are well ahead of me on the curve. I wish I understood people better.

Are they getting information that tells them under no circumstances befriend this person on facebook.


Now, when I joined facebook a few years ago I inadvertently asked everyone in my address book to be my friend. It’s far too easy and they make it seem so innocuous, you hit one button and suddenly you’re out there in the world. Several people wrote to me and said they weren’t on facebook (many of them have since come around).

My therapist was in my address book and he wrote to me and said he didn’t want to facebook any of his clients, which is perfectly reasonable.


My trainer told me that he had hundreds of friend requests pending but he hadn’t accepted anyone, and to not take it personally. (I’m not quite sure I understand that modus operandi, honestly)

But my psychic signed on as my friend. Every now and then I would see a post from her about her vacation, her relatives, her love life.

I do have a somewhat offbeat sense of life sometimes, perhaps my facebook posts are sometimes a little quirky. Perhaps of my 500 virtual facebook pals, 480 of them have clicked on “don’t show me posts from this guy any more” button. And no one is actually reading them. (I know some people do read them because occasionally they respond).

So if my psychic friend was offended by my endless posts about Channing Tatum (which, knowing her, if I do know her that is, she most certainly wouldn’t be) or she grew tired of my quirky observations on society and culture, or she took one of my Course in Miracles quotes the wrong way. 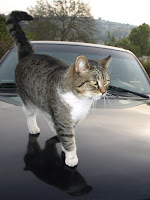 Or she got tired of seeing pictures of my cat, Sebastian.

Or MAYBE she knows something about me that I don’t know. Or that I do know but it was too much for her to talk about. Maybe she knows that the ship is about to sink and doesn’t want to get sucked down by the undertow.

Maybe she was getting bad karmic energy from being my virtual friend.

Maybe she was simply weeding down her list of friends and I didn’t make the cut. Maybe I was in the bubble, on the cusp, and maybe she had a real struggle cutting me loose, but ultimately just bit her lip and hit the delete key.

Maybe she decided to be friends with my ex-wife instead of me. Although, considering the conversations we have shared over the years, I seriously doubt that.

Honestly, I don’t know what to think.