These are a few of my favorite Christmas records... 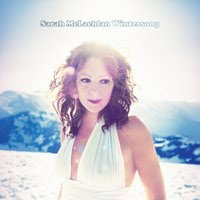 Sarah McLachlan - Wintersong. There are 5 tracks on here that I can play on repeat literally all day. Her version of Joni Mitchell's "River" is the best one I've heard, and there are lots of covers out there. Her version of "Greensleeves" is stunning. Her cover of "Christmastime is Here" from a Charlie Brown Christmas, with Diana Krall on piano makes me melt. I also love her version of Gordon Lightfoot's "Song for a Winter Night." And the Original track, "Wintersong" can make me cry every time. It's just so beautiful, so lonely, so sad. Some of the album she sings in her head voice (as opposed to her throat voice) and I don’t' like that as much. But still. I can listen to this cd all day, and have.

My favorite Christmas album is "Baby It's Cold Outside" by Holly Cole. Every song is stunning. Just stunning. But the highlight is "Zat You Santa Claus;" every time I hear it there's a grand musical production happening in my head. 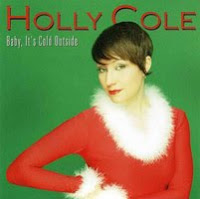 Same thing with Lena Horne's "Let It Snow," there's a musical happening every time, with leagues of dancers and a big brass band, and fake snow falling as the camera swirls around her in Times Square. It's from the album "Merry With lena." Great title!


My favorite Christmas song is "Little Drummer Boy" by Jars of Clay. F'ing amazing. They took an average song that we've heard a zillion times and turned it into something astounding. There are three versions, the original single version, the Grinch remix, and the new version from their Christmas Songs album from last year. The single version is the best, you can get it on the original 3 track EP.

I think my second favorite Christmas song is "Winter Wonderland" by Eurythmics. A great song all around. It's from the original Special Olympics Chirstmas cd.

One would think, being such a huge Carpenters fan, that I would salivate over their two Christmas albums, but for the most part they leave me cold. Too much tinsel, not enough Karen, too many instrumentals (especially on the second one which was completed from unfinished bits from the first sessions after Karen died. So she's not on it very much. 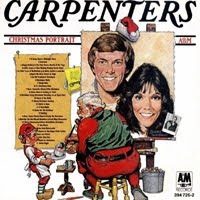 One great song from these albums is "Merry Christmas Darling". There are two versions, the album version and the re-recorded single version. My favorite, I must admit, is the Amy Grant cover, which is kind of hard to find, but it's out there. It's a hidden bonus track on her Time to Remember cd, but only the version from Target, and it's unmarked. It's also on a cheap compilation called "My Best Christmas" that came out a couple years ago, only available I think at hallmarks, but you can get a copy on amazon. Amy's Christmas album from last year, "The Christmas Collection" is great, but it's a compilation of her previous three Christmas albums with a couple new tracks. Awesome, though. I love her version of "A Grown Up Christmas Wish," and the song "Breath of Heaven," well, takes my breath away. So dramatic.


One that truly classifies as a guilty pleasure is the Boney M Christmas Album. The original LP was a huge huge hit in Canada when I was a kid, every Christmas we would sell hundreds of copies in the record stores that I worked in. There are several different permutations of this on cd, nothing that I have seen is definitive, but all of them have the essentials, including "Mary's Boy Child." 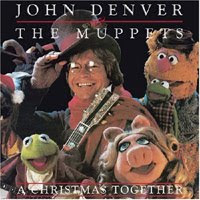 Another guilty pleasure is A Christmas Together by John Denver and the Muppets. Never fails to make me laugh, then cry, then laugh again. How can you not chuckle at Miss Piggy singing "Christmas is coming, the goose is getting fat."

And the Kenny Rogers Dolly Parton album "Once Upon a Christmas". I love "With Bells On" - how can you not be happy when listening to Dolly Parton. 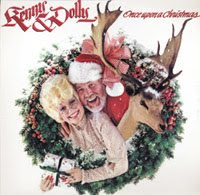 I also love the Kristin Chenoweth Christmas album from last year, "A Lovely Way to Spend Christmas," which has a new version of the Carpenters hit, "Sing" but with a Christmas slant.

I also love the Judds Christmas album, cleverly entitled, "Christmas with the Judds." The Judds were hugely successful in their time, but now I feel vastly under-rated.

Another song that I love is "It Doesn't Often Snow At Christmas" by the Pet Shop Boys. Kind of hard to find, it's on the Starbucks release "Elton John's Christmas," but they have a new Christmas EP coming out in the UK in a week or so.

"Do They Know It's Christmas" always makes me a little sad. And a little warm and fuzzy. Simon LeBon howls his lines, makes me cringe every year for the last 25 years. God love him. 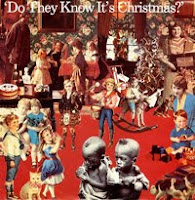 Canadian country singer Paul Brandt does a great version of "What Child is This" on his album "Shall I Play for You."

Donny Osmond "Christmas at Home" has some remarkably amazing songs on it, especially "Angels We Have Heard on High." He actually is a good singer.

I like Michael Buble's EP "Let It Snow" which also has a 'Grown Up Christmas Wish'.

Alan Jackson is my favorite male singer, he has two Christmas albums, one is very traditional, I don't like it much. The other one is a little more interesting, "Let it Be Christmas" but both are very sentimental.

As far as classics, Eartha Kitt doing "Santa Baby" pretty much sums it up.

I always play "You're a Mean One Mr Grinch" by Thurl Ravenscroft at Christmas parties, it makes people go nuts! 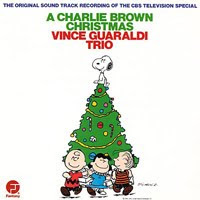 And the soundtrack to my all time favorite Christmas TV show, a Charlie Brown Christmas, music by Vince Guaraldi. I love playing this on the piano, especially "Christmastime is here" Amazing chord progressions. Can't quite play all the notes that he plays, but I can get the gist of it.

I have several Christmas music sheet music books, broke them out last weekend when I put up the lights.


Rod
Los Angeles
Posted by RocketManLA at 12:50 AM