You Want the Tooth? You Can't Handle the Tooth!

Shortly after new years, the right side of my head started to hurt. I often have sinus congestion, so the sinus pain was not unusual. I take a claritin every morning so I can breathe (and sometimes another at night so I can sleep). My teeth always hurt; my dentist says I have a genetic pre-disposition towards bad teeth, but I have great hair, so god gives a little here, takes a little there. The unusual thing was that my ear was hurting.

I went to my dentist, the same one I’ve been seeing for nearly 20 years now. He checked my teeth and said, no, everything looks fine. If your teeth were infected, your jaw would be swollen. Which is true, I have had that experience.

So I went to my regular doctor. I can never get in to my regular doctor by simply calling and making an appointment (unless I want an appointment 3 to 6 weeks from now). I have to call and leave a message for the nurse, who screens the calls and decides, I suppose based on her discretion, whether I ‘deserve’ an appointment or not. My head was throbbing, so much so that I could not get to sleep, would constantly wake up throughout the night and have to take pain killers all day long just to get through.

My message obviously conveyed my discomfort enough that I got in to see the nurse later that day. She checked out my mouth, nothing there to report. She checked my ears. Hmmm, nothing there. She suggested I probably had a sinus infection, but she couldn’t diagnose me or prescribe medication. She suggested I take cold medicine to clear my sinuses and to sleep. And she set me up an appointment with my doctor for the next day.

That night I took some NyQuil and actually slept through the night, which was a glorious treat. I went to see my doctor, when she took her instrument and looked deep in my ear she said, you have something stuck in the back there. She had to get the attendant (nurse? But a different one from the day before) and they spent the better part of an hour removing the foreign object from my ear. Which turned out to be the end of a Q-Tip.

THIS is causing all this pain, through my jaw, ear and sinuses?

“Yes, that will do it. They are all closely connected”.

She gave me antibiotics and sent me on my way.

It did get better, and provided an anecdote that my friends found highly amusing.

But after a week, the pain began creeping back up the scale.

There’s a clinic I go to on Fountain; when I started going there twenty years ago you could get in and our for $40. Now, it’s $85. It’s an expensive gamble, but there’s no way I could wait four more days to see my doctor. So the doctor at the clinic, assessing my sinus infection and resultant ear ache and jaw pain, gave me a higher dose of antibiotics and sent me on my way.

Again, the pain went from a ten down to a two, but after another week, it began creeping back up.

I decided to go to my secondary dentist. I had discovered him a few years ago by doing a google search; I had gotten a new crown but it was hitting a bit high and giving me a massive headache when I ate. My dentist only works Monday through Thursday and this was a Friday. There was no way I could go without chewing for four days. Even though eating nothing but eggs and rice would be good for my figure, it’s not very satisfying.

So I went to my secondary dentist, who works on Saturdays. I said, my teeth hurt so much I can’t even chew and I haven’t slept for four days.

He dug around in there with his little metal pointy tool, and said, well, you have a cavity in your wisdom tooth (the last one at the back) and that might be causing the pain. He wanted to pull the tooth (he is “not a fan” of wisdom teeth) which seemed extreme. We talked about options, and he said, well let’s do an x-ray first.

The x-ray revealed that the tooth in front of the wisdom tooth, which has a crown on it, was infected all the way down into my jaw. But no one could see that because it was under the crown.

“Well, that’s where all this is coming from. You need a root canal, and you need one immediately.” OK, $750 for the root canal and $750 to replace the crown. At least this will be done with.

He took the crown off and showed me what was underneath. It was black and brown and gold and slimy. Delightful. This is INSIDE my mouth. No wonder I have a headache.

He removed all the decay, did the root canal and sent me off with more antibiotics. The pain was definitely lessened, but different; of course having a root canal is traumatic for your mouth. And it would take a while for the infection to clear. 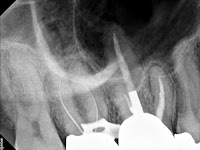 (these are actual x-rays of my teeth, click on them to see larger)

But after a week, it was still very painful, so I went back. When the dentist took the temporary filling off of the tooth, he discovered that there was a fourth root that he had missed. Apparently most teeth have three roots, but sometimes the ones in the back have four. He closed me up and said, “I have to send you to the root canal specialist in Glendale.” 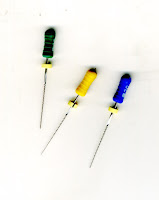 I was able to get into see the endodontist the next day. I had been to see him years ago, when I had another problem root canal that had got infected under a crown installed by my first dentist. That second root canal had cost $1600 (above the first root canal that was $1000 including the crown). That particular tooth had eventually cracked and had to be pulled, and I got an implant and another crown ($2700, for a total of $5200)

He did an x-ray and said, “this will be $1100”. I asked, even thought it’s already more than half done – 3 out of the 4 roots are already gone. “No, in fact it’s even harder that someone else has been working in there.” Not sure if that’s a line, but what can you do. 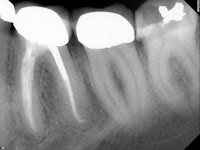 He also did an x-ray of the tooth above it, which revealed a problem up there too. “You have an abscess on the root of the upper tooth, which is in your sinus. This is why you have had a sinus infection for two months. You need a root canal up there, and you need that root canal immediately.

Well, finally we get to the ROOT of all this.

But, he said, you’ve been on enough antibiotics. Let’s take out the problems and let your body get back to healing itself and see if it can take care of itself. So that was some good news. 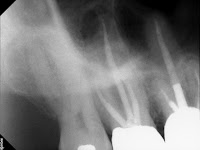 So I got one root canal that day, and another one the very next day. I had to go back and do the first one twice because he discovered that one also had a fourth root. But once the second root canal was done… Imagine having a headache for TWO MONTHS and trying every pain killer possible, and none of them really work (especially at night). Extra Strength Tylenol is not available. Neither is extra strength excedrin. For whatever reason. I got some Tylenol from my dentist, and I found the CVS generic excedrin worked. One of the dentists had given me a prescription for vicodin but I’ve found that vicodin makes me feel nauseous and sleepy, so I didn’t take any. 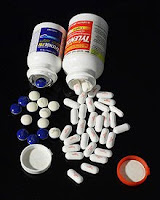 Imagine having a headache for two months so bad you can’t get to sleep and then waking up at 4am because your head is pounding. Imagine designing building and then doing a workshop for Marianne Williamson with a headache so bad you can hardly hold your head up.

Then imagine, one afternoon in March, it suddenly is gone!

It’s like that annoying noise that’s coming from SOMEWHERE but you have no idea what it is and can’t control it anyway, like construction workers that get up far too early and start drilling and humming and sawing and hammering and beeping when they back up. And you sort of tune it out. But it’s still there. 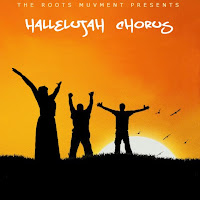 Then all of a sudden it’s their lunch time and the sounds STOP and you’ve forgotten that they were even there in the first place but suddenly there’s this blissful peace.


Blissful peace, yes. Eight weeks, four root canals, six doctors, three bouts of antibiotics and more pain medicine than you can imagine (“I don’t know, I can imagine quite a bit”) and $4300 later… blissful peace….
Posted by RocketManLA at 11:37 AM